The places that will remain in your heart and soul 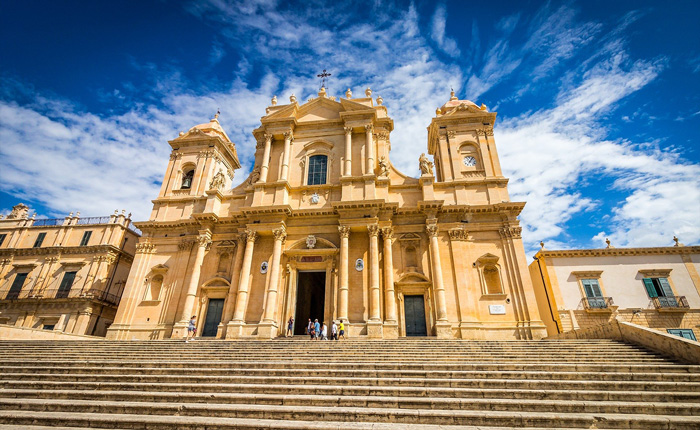 The cathedral of San Nicolò is the most important place of Catholic worship in the city of Noto, as well as the episcopal seat of the homonymous diocese, in Sicily. It is located on the top of a stairway area, on the north side of piazza Municipio (domus-ecclesiae area), and is dedicated to San Nicolò, bishop of Mira.

The construction of the temple began in 1694, and was completed in 1703, the year in which it was opened for worship with the solemn dedication. Over the centuries, however, both the facade and the interior have undergone numerous renovations, which have given it its current status exclusively at the end of the nineteenth century, with the construction of a new dome, the work of the netino Cassone.

The interior, with three naves, houses numerous works of art, some of which come from Noto Antica, including the silver urn containing the mortal remains of San Corrado Confalonieri. The disastrous collapse of 1996, however, led to the loss of the entire iconographic apparatus, whose renovation, still in progress, makes the temple one of the last great construction sites of contemporary sacred art. On January 21, 2012 Pope Benedict XVI elevated the cathedral to a minor basilica.

| Live your holiday experience through our social network